An eiland is an island.

The Netherlands has several islands, such as the Zeeland islands in the south-west and the Wadden islands in the north. But there used to be many more. Large parts of the mainland of the coastal provinces used to be islands. The waterways have since been dammed off and reclaimed from the sea.

When researching a family in the Netherlands, it’s vital to get a contemporary map that will show you the waterways. Knowing where the former islands were, and where possible ferries went, will help you to understand migration and courtship patterns. 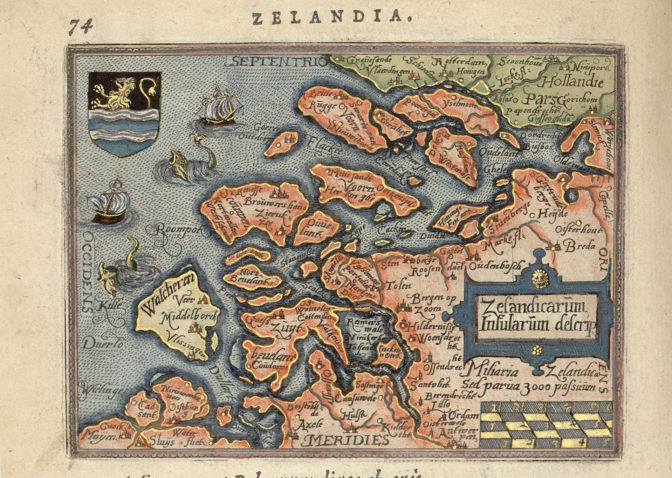 Map of the Zeeland islands from the Plantijn atlas, circa 1577-1585. Credits: Wikimedia Commons (public domain)