During the French occupation (1795-1813), many Dutch young men were conscripted into Napoleon’s army. The French department of Defense has now made scans of the military records for this period online on the “Mémoire des hommes” [Memory of the men] website.

The website contains military records of other French soldiers as well, including those who served in World War I, but these won’t include many Dutch men. An indexing project is underway, but scans can already be browsed.

Go to the Mémoire des hommes website. The “Individual Careers” menu has a link to the “Registres Matricule” that will allow you to click “Fair Une Recherche” [Do a search] > “consulter l’état du fonds” to get the finding aid that allows you to click through to the actual branches of the army and then through to the records. Most registers have an alphabetical index in the back. Yes, it’s cumbersome, but if you find something it can be fun! 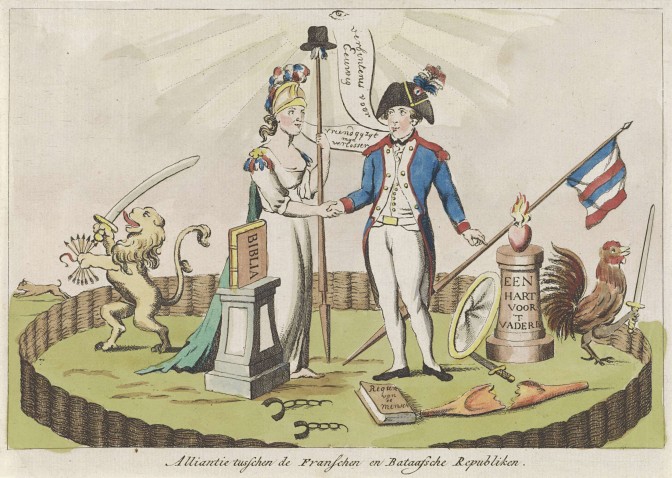