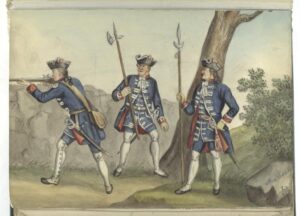 I often get questions about finding military ancestors, and thought I would write a few posts about that. I will start with the early period, before 1795. Before 1795, most soldiers were professional soldiers, not conscripts. The Dutch Republic (1588-1795) hired both Dutch and foreign men. Often, whole regiments were hired, including from Scotland, Switzerland, and Germany. The regiments would be stationed in garrison towns throughout the republic, changing every few years. Some soldiers … END_OF_DOCUMENT_TOKEN_TO_BE_REPLACED 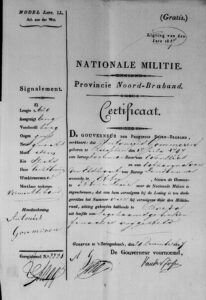 A vrijstelling is an exemption. You may come across the term in military enlistment registers or marriage supplements, if a person was vrijgesteld [exempted] from military service. Example: Antonie Gommeren's military exemption When Antonie Gommeren married Adriana Timmermans in Etten-Leur on 27 January 1828, he had to prove he had fulfilled his military duties. He submitted a certificate of National Militia that included the text "uit hoofde van ligchaamsgebreken finaal vrijgesteld" [received … END_OF_DOCUMENT_TOKEN_TO_BE_REPLACED 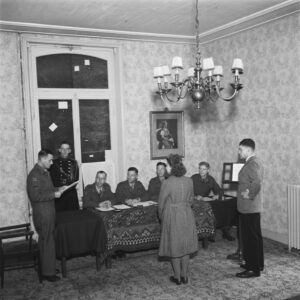 Krijgsraad means "court martial." You may find a reference to a court martial in your ancestor's military records if they made severe transgressions. If the person was sentenced to a prison sentence, prison records may also refer to the court martial verdict. Court martial records are typically kept in the regional historical center in the provincial capital. … END_OF_DOCUMENT_TOKEN_TO_BE_REPLACED 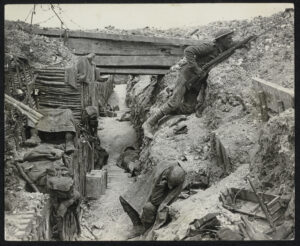 A loopgraaf is a trench. They were most famously deployed in World War I, when the Netherlands was neutral, but also in other wars. … END_OF_DOCUMENT_TOKEN_TO_BE_REPLACED 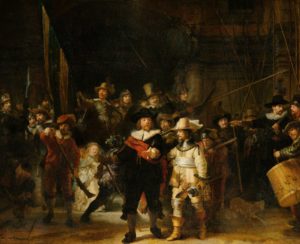 The schutterij is the citizen militia responsible for the defense of the town. In times of war, they could be called up to defend the country. Schutterijen existed throughout the Netherlands from at least the 1500s. Regulations for the schutterijen were standardized in 1814. Male residents between the ages of 18 and 50 (from 1827: between 25 and 34) were elligible to serve. By law, 600 schutters were required per 20,000 residents. Schutterijen existed until 1901. Records for schutters can … END_OF_DOCUMENT_TOKEN_TO_BE_REPLACED 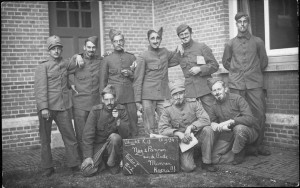 Broederdienst literally means "brother service." It was a reason for exemption of military service. If a family had an even number of sons, half of them had to serve. If they had an uneven number of sons, the lesser half had to serve. The brothers who did not have to serve got an exemption for broederdienst. You will often find these exemptions listed in the marriage supplements. … END_OF_DOCUMENT_TOKEN_TO_BE_REPLACED 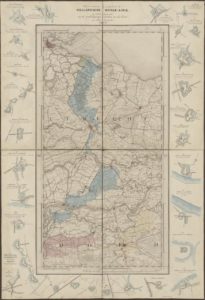 De Hollandse Waterlinie (Holland Water Defense) was a uniquely Dutch defense system that combined large-scale inundations with strategically placed forts. In times of war, large sections would be inundated to prevent an approaching army from reaching the rich cities of the province of Holland. Some smaller scale inundations had been used in the Eighty Years War (1568-1648) but in 1672, when the Netherlands was at war on three fronts, the larger scale defense line that became known as the … END_OF_DOCUMENT_TOKEN_TO_BE_REPLACED 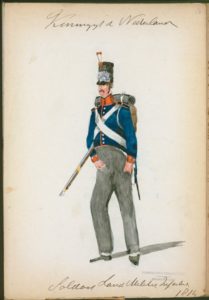 A soldaat is a soldier, the lowest rank in the army. Before the French occupation, the Netherlands only had a professional army. Soldiers were recruited from all over Europe, bringing many Scots, Swiss and other soldiers to the country. Conscription for men between the ages of 20 and 45 was introduced in 1810. It was suspended in 1997, though never officially abolished. … END_OF_DOCUMENT_TOKEN_TO_BE_REPLACED 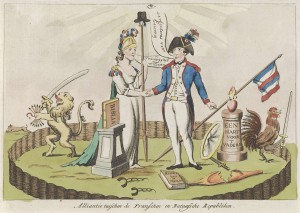 During the French occupation (1795-1813), many Dutch young men were conscripted into Napoleon's army. The French department of Defense has now made scans of the military records for this period online on the "Mémoire des hommes" [Memory of the men] website. The website contains military records of other French soldiers as well, including those who served in World War I, but these won't include many Dutch men. An indexing project is underway, but scans can already be browsed. Go to the … END_OF_DOCUMENT_TOKEN_TO_BE_REPLACED

A loteling was a conscripted soldier, whose number came up. This 19th century term literally means "lottery person," which refers to the lot numbers that were assigned to all eligible young men. The ones with the lowers numbers had to serve. Until 1896, you were allowed to switch numbers, and the person who had to serve in another's place would be called a nummerwisselaar. … END_OF_DOCUMENT_TOKEN_TO_BE_REPLACED