When my great-grandparents Hendrik Woordes and Janna Geertruid Droppers wanted to get married in 1910, they were facing a problem. The law did not allow them to marry, since his first wife Hendrika Willemina Droppers had been the sister of Janna Geertruid. Hendrika Willemina had died in childbirth the year before, leaving Hendrik with a motherless infant. When he found her youngest sister willing to marry him and take care of the child, the only way to do that was to apply for a Royal Dispensation. 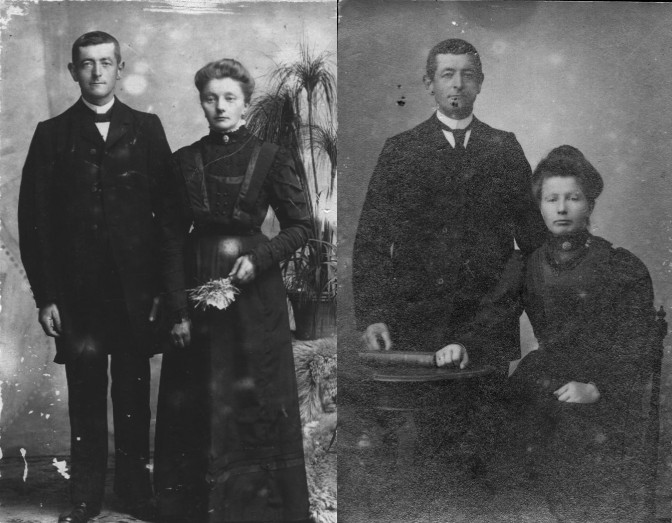 The civil code, article 88 number 1 stated that the marriage is forbidden:

To our modern eyes, the first impediment seems unreasonable since these people did not share any blood so there was no increased risk for genetic defects. However, since a marriage joins husband and wife in body as well as in spirit, any sister of the wife was also considered to be the sister of the husband. And marrying your sister is and was illegal. Marrying your sister-in-law was considered to be just as incestuous.

A marriage between brother-in-law and sister-in-law remained forbidden until 1939, when the civil code was revised. Until then, such a couple could only marry with Royal Dispensation.

Copy of royal decree in the marriage supplements

When I checked the marriage supplements of my great-grandparents’ marriage,  I found a copy of a Royal Decree by Queen Wilhelmina giving them dispensation to marry. It listed the date and number of the Royal Decree (4 November 1910, nr. 44).

Royal Decrees are kept in the archives of the cabinet of the King or Queen at the National Archives in The Hague. In this case, the cabinet of Queen Wilhelmina, who reigned from 1898 until 1948. The archives of her cabinet are available in record group 2.02.14. Call numbers 4551 through 8603 contain the series of laws, Royal Decrees and letters by the cabinet from the period 1898-1944. Call number 5640 contained the documents for 4 – 8 November 1910. The package that arrived when I requested that call number included the original Royal Decree giving my great-grandparents permission to marry.

The information itself was a perfect match with the copy in the marriage supplements, but the original decree had the real signature of Queen Wilhelmina on it, which I think is pretty special.

Did any of your ancestors marry their in-laws? If so, did you check the marriage supplements for a royal dispensation?