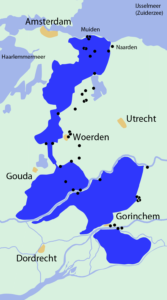 De Hollandse Waterlinie (Holland Water Defense) was a uniquely Dutch defense system that combined large-scale inundations with strategically placed forts. In times of war, large sections would be inundated to prevent an approaching army from reaching the rich cities of the province of Holland.

Some smaller scale inundations had been used in the Eighty Years War (1568-1648) but in 1672, when the Netherlands was at war on three fronts, the larger scale defense line that became known as the Hollandse Waterlinie was first used. It stretched from Muiden at the Zuiderzee on the north to the river Waal in the south, effectively cutting off the province of Holland from the rest of the country.

In 1871, the inundation defense was reconstructed following a more eastern trajectory so it also protected the large city of Utrecht. This became known as the Nieuwe Hollandse Waterlinie (New Holland Water Defense).

Can you imagine owning a farm in this area, always worried that the government would open the sluices and inundate your land? What a terrifying prospect for our ancestors! 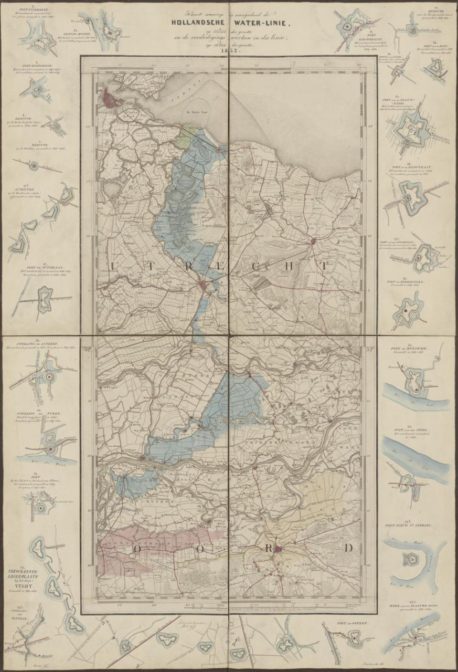