How Civil Registration Records were Created

If you are researching nineteenth and twentieth century Dutch ancestors, the civil registration records of births, marriages and deaths are among the first sources you should consult. Understanding how these records were created will help you assess their reliability.

When the civil registration was introduced nation-wide in 1811, the law required that baby be presented at town hall, to make sure that a birth actually took place. Since this could be dangerous to the child, especially in large cities or rural municipalities where a trip to town hall could easily require a walk of an hour or more, many civil servants disregarded that requirement. In 1838, this requirement was dropped. 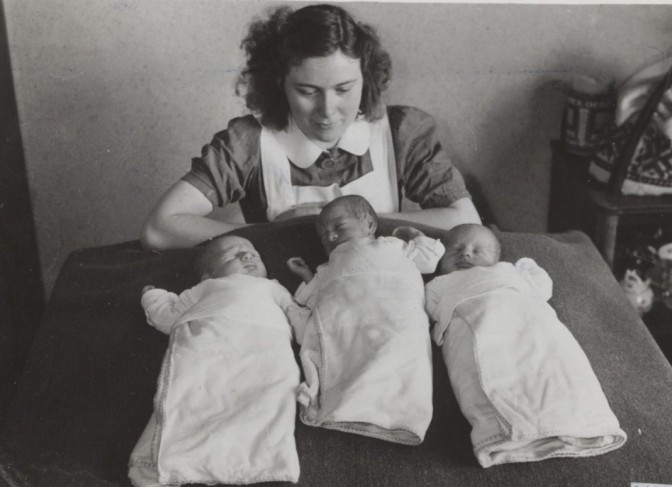 Births had to be recorded within three days, not counting the day of delivery. This means that a child who was born on Saturday had to be registrered by Tuesday at the latest.

Birth records required an informant and two witnesses. The father was the usual informant. In case he was unavailable or unknown, the birth had to be recorded by the doctor or midwife who attended the birth. If no professional attended the birth, anyone else who was present at the birth was required to register the birth. If the birth took place outside the residence of the mother, the owner of the house where she gave birth could also be the informant.  The father could not give power of attorney to someone else to register the birth, since it had to be done by someone who was present at the birth.

The two witnesses should be acquainted with the informant. The witnesses’ role was to testify that they witnessed the registration. It was not to testify to the truth of the information provided by the informant, since they need not have personal knowledge of the birth.

Marriage records were created during the ceremony. In the closing paragraph, you will often find that the marriage record was read aloud to the parties before it was signed.

The bride and groom had to submit proof of their identity and eligibility to get married. These documents, known as the marriage supplements, are kept at the archives in the capital of the province where the marriage took place.

The marriage had to be witnessed by four witnesses, adult male residents of the Netherlands. Often, witnesses were relatives, but this was not a requirement.

The law did not specify the time when a death should be recorded, but a death record was required to get burial permission. Since burials had to take place between 36 hours and 5 days after the death, this means that death records were created within five days.

Deaths were registered by two informants who also acted as witnesses. They had to have personal knowledge of the death. The death was recorded in the municipality where it took place, even if the deceased did not live there. In that case, a copy of the death record was usually forwarded to the municipality of residence, where it was also recorded in the civil registration.

Two copies were created of the birth, marriages and death records, at the same time. Both copies are signed by the parties, informants and witnesses and are equally reliable. So these are not like birth, marriage or death returns or clerk’s copies that you will find in other countries, which were copied afterwards, but duplicate originals.

One copy remained at town hall, while the other was sent to the provincial court. The provincial copies can now be found in the archives of the capital of the province. These are the copies that have been microfilmed and subsequently digitized by the Family History Library and published at Familysearch. The municipal copies can be found in local or regional archives. Sometimes, they have been digitized and put online as well on the website of these archives.

Since these records were largely hand-written, there may be slight differences such as line breaks or corrections. Civil registration records are very reliable and it is rare for the two copies to have different content. But if you have reason to suspect an error, for example if the name of one of the parties doesn’t match other records that you have found, you can consult the other copy to see if that has the same information.

In some cases, only one copy survives. During World War II, several town were bombed, which led to record loss. Thanks to the duplicate copies, all civil registration records still survive, although some of the marriage supplements (which were only supplied once) were lost.

The requirement for the registration of births, marriages and deaths ensured that the information was reliable, by requiring informants who had personal knowledge and by making sure that the information was recorded in a timely fashion. Duplication of the records prevented record loss. Thanks to these legal requirements, Dutch civil registration records are among the most reliable genealogical records in the World.

Hattip: Fred Jansen, who suggested this topic in the Dutch Genealogy Facebook group.