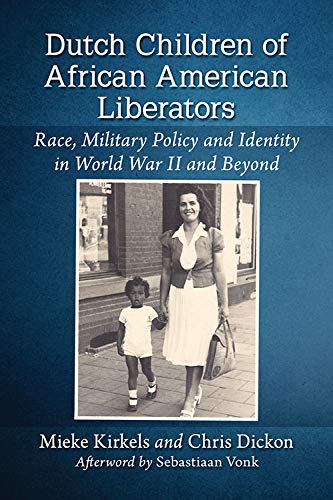 A new book was just announced, written by Mieke Kirkels and Chris Dickon: Dutch Children of African American Liberators: Race, Military Policy and Identity in World War II and Beyond.

Among the allied troops that liberated the Netherlands were African American soldiers. Some of them had relations with Dutch women, resulting in the birth of biracial children. This book explores the lives of these children in post-war Netherlands and their father’s lives in the United States.

The book is available via Amazon (affiliate link). If you purchase the book via this link, Yvette will receive a small commission.