As part of the appendices to a marriage record, the groom had to submit proof that he had fulfilled his military duties. This certificate of the National Militia often contains a physical description. In some cases, the physical description is left blank, for example if the man did not have to serve because he had brothers in the army already. This article will give an overview of the most frequent Dutch terms and their translations.

This national militia certificate of Arend Kastein, found in his marriage supplements, shows he was 1.74 meters tall, with an oval face, ordinary forehead, blue eyes, ordinary nose and mouth, round chin, and black hair and eyebrows. 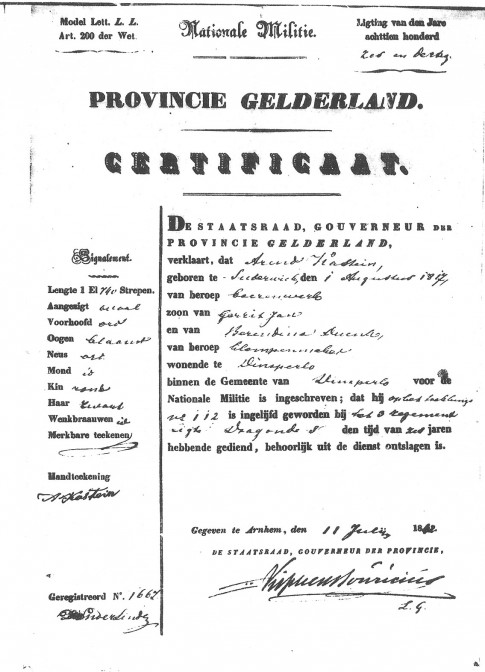 You can use WolframAlpha to convert meassurements from meters to feet and inches. For example, type ‘convert 1.72 meters to imperial’.