Several of my ancestors were poor. Some were so poor that they relied on charity. I have found several of them in the records of charitable organizations, such as the deacons of protestant churches, Holy Ghost tables of catholic churches, and civil poor administrations. When I went through the records, I also found ancestors who were not poor; in other capacities.

These sources include many names besides the people needing poor relief:

The records can be hard to find since they are typically not indexed. Most of them can be found in local or regional archives by browsing the finding aids of the town, church, or poor relief organization. Most are not digitized, though increasingly, archives offer scanning-on-demand.

The archives of the municipality of Rucphen include the records of the civil poor administration of Sprundel, one of the villages in the municipality. These records include a series of accounts from 1815 to 1850, which are available via scanning-on-demand. I had the 1840 records scanned.

The receipt below shows that Cornelis Vissenberg received 75 guilders and 70 cents from Huijbregt van Steen, poor master in Sprundel, for delivered groceries and rye bread. The bill was issued on 26 December 1840 and paid the next day.1 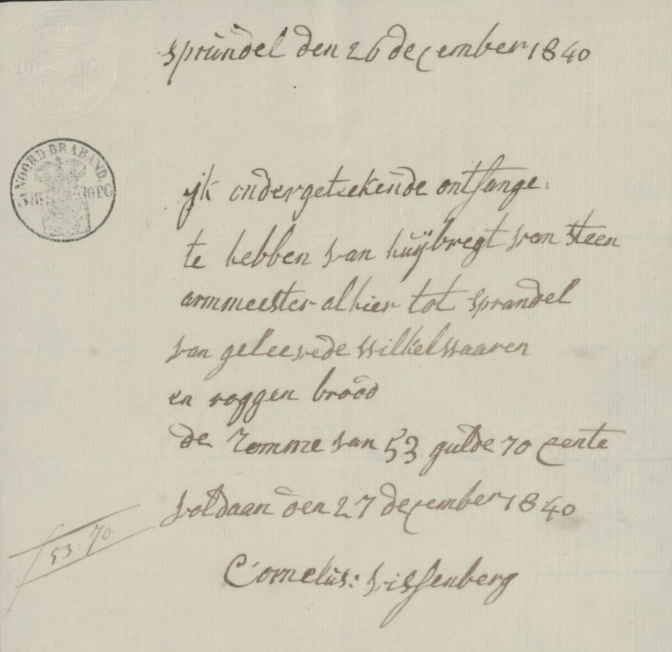