Population registers can be difficult to understand, because one page can have information about people at different times.  This can be especially confusing for people who are used to dealing with census records. Here’s an analogy that might help you:

Population registers record what is going on with a family over a period of time, usually about ten years. By reading the lines from top to bottom, you will see who enters and exits the household. People who leave and come back again will appear multiple times. There can be two people on the same page who never actually lived in the same house at the same time. They may not even have known each other if a different family moved in. 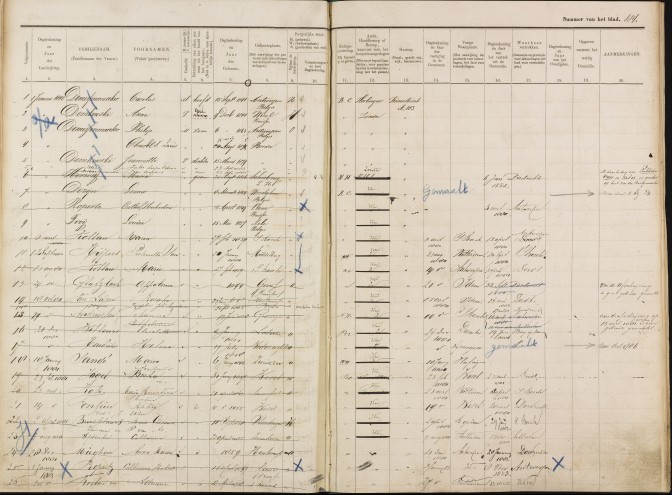 Population register of Carolus Demessemaecker, with lots of people moving in and out (he was a bawd)