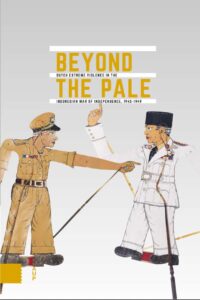 A new study sheds more light on the extreme violence by the Dutch army in the Indonesian war of independence after World War II. The book is available as open access. Beyond the Pale: Dutch Extreme Violence in the Indonesian War of Independence, 1945-1949   … END_OF_DOCUMENT_TOKEN_TO_BE_REPLACED

A zoeaaf is a zouave, a member of the infantry forces of the Papal states. In the mid 1800s, the Papal states were threatened by forces in Italy who wanted all the states to join under one nation. In 1860, pope Pius IX sent out a call to young unmarried Catholic men to join the infantry force and defend the papacy. The zouave papal infantry force existed from 1861 and 1870. The men volunteered for a period of two years, and some extended. In total, about 11,000 men enlisted with the … END_OF_DOCUMENT_TOKEN_TO_BE_REPLACED