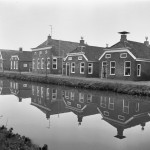 Since the introduction of the civil registration (in 1811 in most part of the Netherlands), everybody was supposed to have a fixed name. Everybody who did not have a surname, was required to take a name and have that recorded. The reality was not always so neat. Especially in regions where many people did not have surnames before 1811, like … END_OF_DOCUMENT_TOKEN_TO_BE_REPLACED 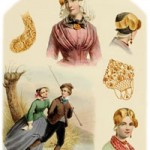 Groningen is a province in the North-East of the Netherlands. On the east it borders on Germany, on the west on Friesland, on the south on Drenthe and on the north on the North Sea. The capital of Groningen is also called Groningen, sometimes called Groningen stad (Groningen city) to make the distinction clear. The largest towns in Groningen … END_OF_DOCUMENT_TOKEN_TO_BE_REPLACED