Since the introduction of the civil registration (in 1811 in most part of the Netherlands), everybody was supposed to have a fixed name. Everybody who did not have a surname, was required to take a name and have that recorded. The reality was not always so neat. Especially in regions where many people did not have surnames before 1811, like Friesland, Groningen, Overijssel and Gelderland, the same person may appear in civil registration records under different names. Willem Lucas de Jonge and Willem Lucas Hateboer illustrate this situation.

This is a very clear research question.

The second link is the death record of Nies de Jonge, son of Willem Hateboer and Epke Meinderts Viswat, both deceased. Nies died in Nieuwe Pekela, Groningen, on 8 January 1866 at the age of 40, had been born in Scheemda and was married to Hillechien Zwalve. Informants for this death record, that was created on 11 January 1866, were his neighbors in Nieuwe Pekela: Jacob Uitvlugt, 43, sailor, and Aiko Aikens, 36, laborer.2 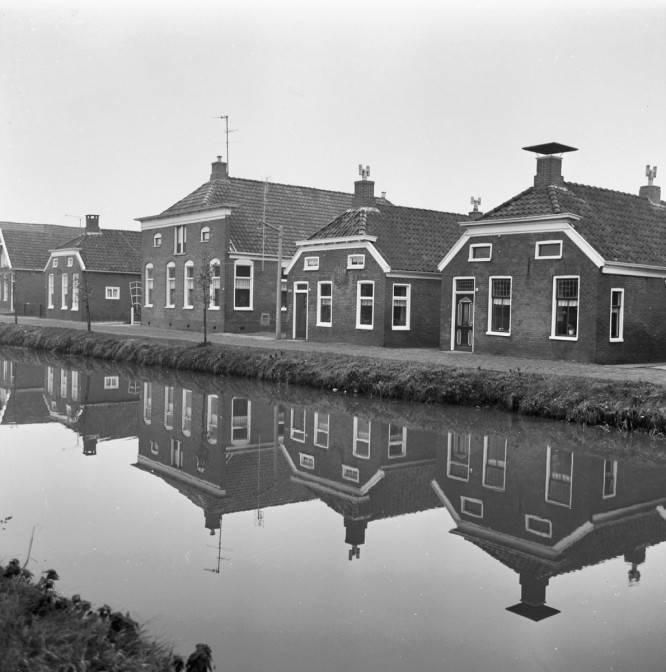 The birth record has all the hallmarks of quality: it is a scan of an original record, created three days after the event, with an informant (the father) who had first-hand knowledge of the birth and the identify of the mother of the child, created by an official whose task it was to make sure the information was recorded accurately.

The death record shares many of these same characteristics: it is a scan of an original record, created three days after the event, with informants who had first-hand knowledge of the death, created by an official whose task it was to make sure the information was recorded accurately.

The next step is to compare the information from these two records.

The comparison looks promising: there are several points of overlap. Scheemda was a small town and both Nies and Epke were uncommon names. The chances that there were two men named Nies de Jonge with a mother called Epke Meinderts in the same period are slim.

The difference between the age in the death record and the birth date can be explained because the informants of the death record may not have known when Nies was born. This does not explain why they would have come up with the name ‘Hateboer,’ though. If they were unfamiliar with the family, they would have assumed the father’s name was De Jonge like Nies de Jonge’s own name rather than come up with a different name.

The death record of Nies de Jonge mentioned that he was married to Hillechien Zwalve. Since surnames were still somewhat unstable at this time, I search the WieWasWie index for grooms named Nies married to brides named Hill*. This turned up only one result: the marriage record of  Nies de Jonge and Hillechien Zwalve, which gives us the following information (abstract):3

The marriage supplements for this marriage record were retrieved from Familysearch.org. This packet included the following documents:4

Except for the last statement, these are all derivative records; abstracts created by clerks from the original documents.

Compare and contrast some more

Let’s add this information to the comparison table:

A search for Ep* Me* and Ep* Viswat in the index of vital records at WieWasWie turned up four records for Epke Meinderts (Viswat): the birth, marriage and death record of Nies de Jonge and the death record of Epke Meinderts Viswat. Her death record shows that she died in Nieuw-Scheemda on 6 May 1832. She was 46 years old, the wife of Willem Lucas de Jonge, laborer, and born in Weiwert, the daughter of Meindert Jans Viswat and Trijntje Jans, both deceased. 5

A search for Wil* Luc* and Wil* de Jonge in the same index failed to turn up Willem Lucas de Jonge’s death record or the marriage record of his marriage to Epke Meinderts Viswat.

The question that remains is where the Hateboer name in the death record came from. A search for Willem* Hateboer in the index of vital records at WieWasWie shows that there was in fact a man named Willem Lucas Hateboer in that area in that period.

The signature of Willem Lucas Hateboer has several distinguishing features:

The signature of Willem Lucas de Jonge has the same characteristics, especially the 1849 signature.

By comparing the timelines and signatures of Willem Lucas de Jonge and Willem Lucas Hateboer, it becomes clear that they are the same person:

This means I can now answer Eric De Young’s original question: “Do you think Willem Lucas de Jonge and Willem Lucas Hateboer are the same person?” with a definite “Yes.”

Do you have a question about your own research that you would like Yvette to write about? Please leave a comment below. Yvette will select the questions that have the most educational value and answer them in future articles.