While doing research at the Amsterdam City Archives, I came across a ledger of orphans working for the Dutch East India Company. The register was part of the records of the Burgerweeshuis, the Citizens’ Orphanage.

I was fascinated to read how the orphans would learn a trade like carpentry or sail making, and were able to find employment in one of the most prosperous companies of the era. But while browsing the pages, a more sinister picture presented itself. 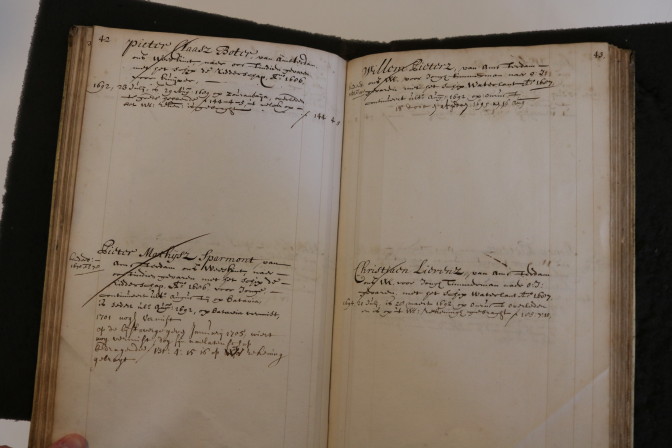 Book of orphans who went to the East Indies

Let’s take a look at a random page from the book and you’ll see what I mean. This page shows how four orphans were employed by the Dutch East India Company:1

This shows that three of the four children who went to the East Indies died while in the employ of the Dutch East India Company, and one went missing. The orphanage got their back wages, which ran in the hundreds of guilders. To put this in perspective: that would have been enough money to buy a small house. 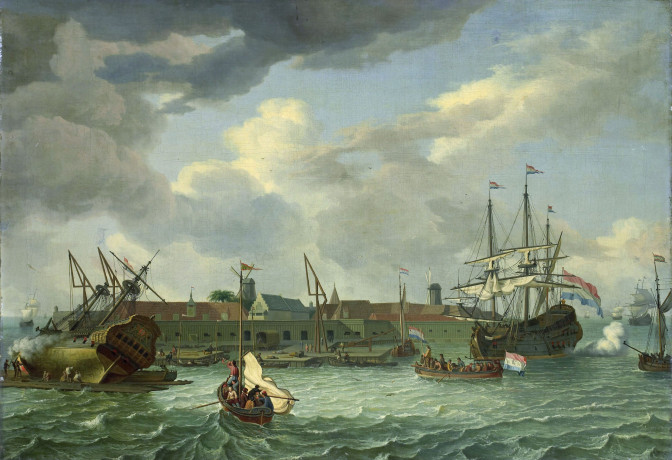 While not all pages are as sad as this, a quick survey showed me that at least one in three, possibly as many as half the orphans who went to work for the Dutch East India Company died within a few years, often resulting in hundreds of guilders flowing back to the coffers of the orphanage.

It seems like the orphanage and the Dutch East India Company made an arrangement that was mutually profitable:

This book does not say what happened to the wages if the orphan survived. I just hope that the orphan would be entitled to their wages at the end of their employment or when they came of age, as a new start in life, but somehow I doubt it.

The whole system feels like a machine: The city churns out orphans, the orphanage gathers them and acts as a holding pattern until they are old enough to work, and the Dutch East India Company uses them as cheap labor until they they die or age out. The ledger demonstrates a sophisticated  administration and effective processes, where even the back pay of orphans who died at the other end of the world would find its way back to the Amsterdam orphanage.

Recruiting employees for the Dutch East India Company and the military would have been a very lucrative business for the orphanage. It did not matter whether the children died or not: the orphanage would have one less mouth to feed and would still get hundreds of guilders in back pay. 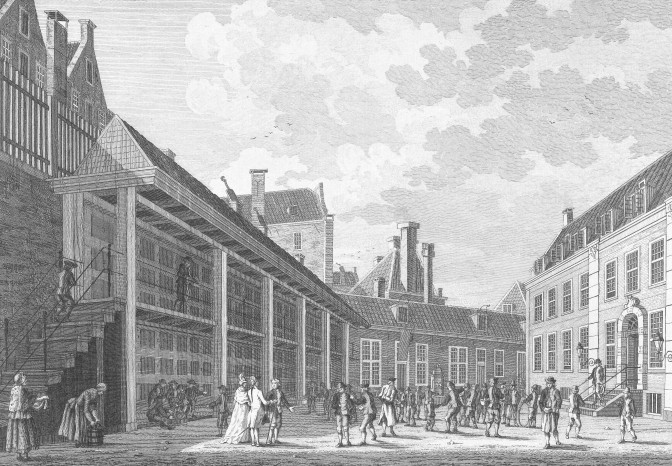 Although I had read about orphans learning a trade and then working for the Dutch East India Company, I had no idea that so many died and how much money was involved. The scale is staggering: this ledger alone had hundreds of names in it, perhaps even a thousand, and the finding aid shows there were at least ten of these ledgers for different periods, including one ominously described as notes regarding orphans going to war from 1784-1785.

If anyone knows of good literature references regarding this ‘orphan trade,’ please drop me a note in the comments. I would like to learn more about this before jumping to any conclusions based on just one source. I can say that this ledger leaves a bad taste in my mouth because of the low esteem that the administrators of the orphanage seem to have had for the lives of the orphans who were in their care. What do you think?