Vuurwerk is the Dutch term for fireworks. Traditionally, fireworks are lit at midnight on New Year’s Eve. This year, fireworks are not allowed because hospitals are already overwhelmed.

Fireworks is a modern version of the old tradition to make noise to scare the spirits of the old year away. Before fireworks were available, people would shoot their guns at midnight. You can sometimes find court records if people were firing their guns against local regulations, or if somebody got hurt. 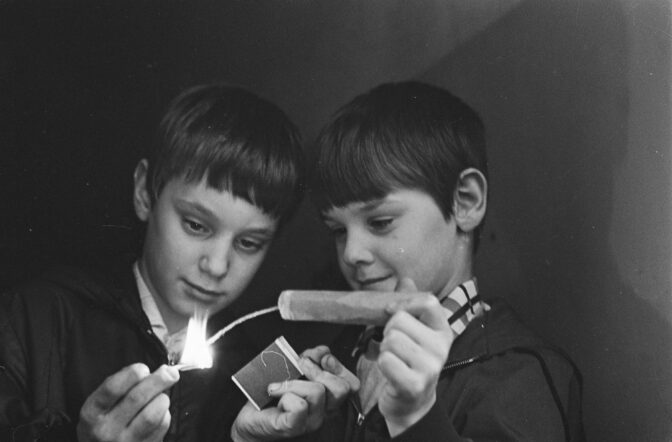