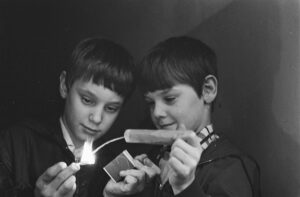 Vuurwerk is the Dutch term for fireworks. Traditionally, fireworks are lit at midnight on New Year's Eve. This year, fireworks are not allowed because hospitals are already overwhelmed. Fireworks is a modern version of the old tradition to make noise to scare the spirits of the old year away. Before fireworks were available, people would shoot their guns at midnight. You can sometimes find court records if people were firing their guns against local regulations, or if somebody got hurt. … END_OF_DOCUMENT_TOKEN_TO_BE_REPLACED

Born with a Silver Spoon in her Mouth 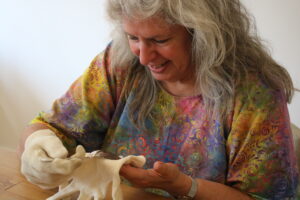 We all know the expression "born with a silver spoon in your mouth." But for one little girl from Friesland, this was almost literally the case. When Geertje Gerrits Heslinga was born on 15 December 1742, her parents had a silver spoon made to commemorate the event. The spoon was engraved with her name and birth date. It is now part of the collection of the Fries Scheepvaartmuseum in Sneek. Such silver spoons were a tradition in Friesland, among richer families. The silversmith is … END_OF_DOCUMENT_TOKEN_TO_BE_REPLACED 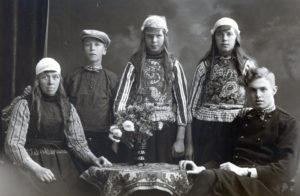 Klederdracht means traditional costume. Many regions had their own style. Experts can tell you what area a person in a photo came from just by looking at the style of headwear or clothing. … END_OF_DOCUMENT_TOKEN_TO_BE_REPLACED 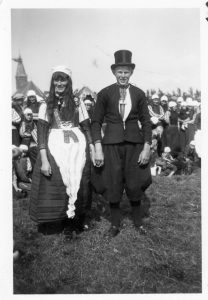 A moetje is a situation where a couple married because the bride was pregnant; a shot-gun wedding in modern terms. "Moeten" is the verb "must" and "-je" is the diminutive form. So the marriage was a "bit of a must." Customs were different in different areas and among different social classes. Among laborers in Friesland, it was quite common to hold off marriage until the girl was pregnant. But among farmers in Gelderland, most children were born at least nine months after the wedding. By … END_OF_DOCUMENT_TOKEN_TO_BE_REPLACED 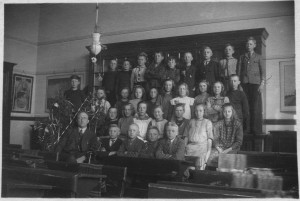 If you have family traditions that you're unsure about, or have questions about your family, try sharing that online in a place where your family members can read about it. You may get the answers to your question. Two years ago, I wrote a tribute to my grandfather on this blog. In the post, I shared how my grandfather and I used to describe the old family photos he had, and how sorry I was that I did not know where these photos had gone after his death. My uncle read that blog post, and let … END_OF_DOCUMENT_TOKEN_TO_BE_REPLACED

Filed Under: Blog Tagged With: traditions 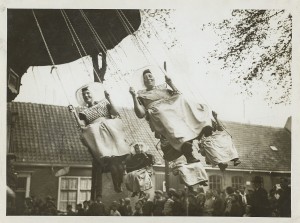 The kermis is the carnival. Most towns have a carnival once of twice a year. The kermis was traditionally a time of courtship, where young folks got together. Some areas had a fair, where young women would line up and young men would select the girl of their choice to take to the carnival and to walk her home at the end of the night. Sometimes they had such a good time that a hasty marriage was scheduled soon afterwards ;-) If your ancestors had a baby within seven months of their … END_OF_DOCUMENT_TOKEN_TO_BE_REPLACED 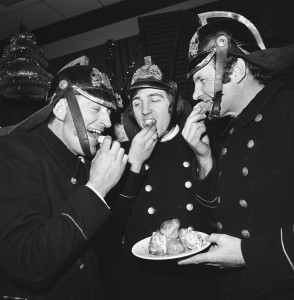 Different areas in the Netherlands have different New Years' traditions. Making a lot of noise is pretty universal. I recall my grandfather showing me his too-short finger on New Year's Eve to warn me about the danger of fireworks. It had cost him the tip of his finger so he only had half a nail. Another one of my ancestors was fined for shooting his gun at midnight on New Years' Eve, the precursor of modern-day fireworks. In the eastern part of the Netherlands, people baked New Years' … END_OF_DOCUMENT_TOKEN_TO_BE_REPLACED 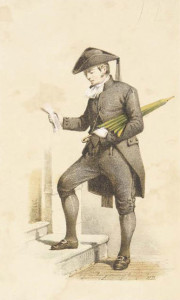 An aanzegger is a person who goes to inform neighbors and friends that someone has died. Traditionally, aanzeggen was done by a close neighbor, but in some regions it became custom to hire someone for the task. … END_OF_DOCUMENT_TOKEN_TO_BE_REPLACED 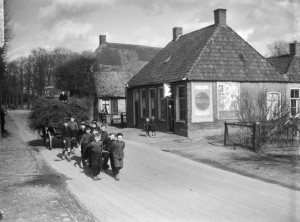 Pasen is the Dutch term for Easter. In the Netherlands, Easter Sunday and Easter Monday are official holidays and most people have the day off. Most of the Easter traditions that are celebrated in the Netherlands are pretty universal, like painting and hiding eggs. In the eastern part of the country there is a more unusual tradition: Easter fires (Paasvuren). For weeks before Easter, people will be busy collecting wood to create a high pile. This is then lit on Easter Sunday or Monday. The … END_OF_DOCUMENT_TOKEN_TO_BE_REPLACED

New Year’s irons in the East of the Netherlands

Happy New Year everybody! How are you celebrating? In the eastern part of the Netherlands, in the provinces of Groningen, Drenthe, Overijssel and Gelderland, there is a tradition of baking New Year's waffles on New Year's Day. Traditionally, these waffles were made using large irons which were put in the hearth. In 1999, my mother co-authored a book about these New Year's irons, for which I took photographs and did research. Several of these irons contained names and I helped to find out who … END_OF_DOCUMENT_TOKEN_TO_BE_REPLACED

Filed Under: Blog Tagged With: traditions