Was Eleanor of Aquitaine my Ancestor? Generation 24 – Margaret of Flanders

This is the twenty-fifth post in a series about my possible line of descent from Eleanor of Aquitaine. In the first post, I explained how I discovered the possible line, and how I am going to verify it one generation at a time. In the last post, I proved that my twentieth great-grandfather Duke John II of Brabant was the son of Margaret of Flanders and John I, Duke of Brabant. 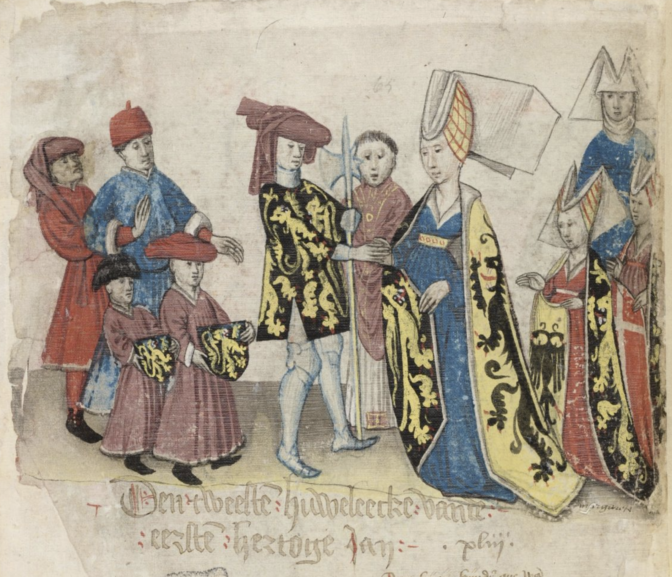 Marriage of John I of Brabant and Margaret of Flanders1

John I of Brabant was not born to be Duke of Brabant. When his father died, his older brother Henry was supposed to follow in his footsteps. However, Henry had physical and mental disabilities and was deemed unfit to rule. John succeeded their father in 1267, and was already a duke when he married Margaret in 1273. 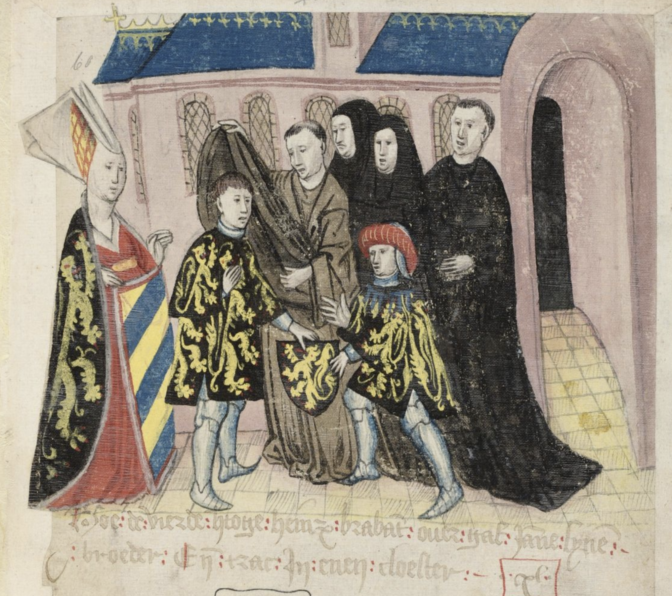 Henry IV transferring the duchy to John I2

John I Duke of Brabant was an ambitious man who expanded his territories by conquest and diplomacy. He purchased the rights to Limburg from the heirs of its deceased countess, which he reflected by quartering his Brabant coat of arms of a gold lion on a black shield with the Limburg coat of arms of a red lion on a silver shield. The widower of the countess contested his claim to Limburg but was defeated in the battle of Woeringen in 1288, one of the largest European battles in the 1200s. 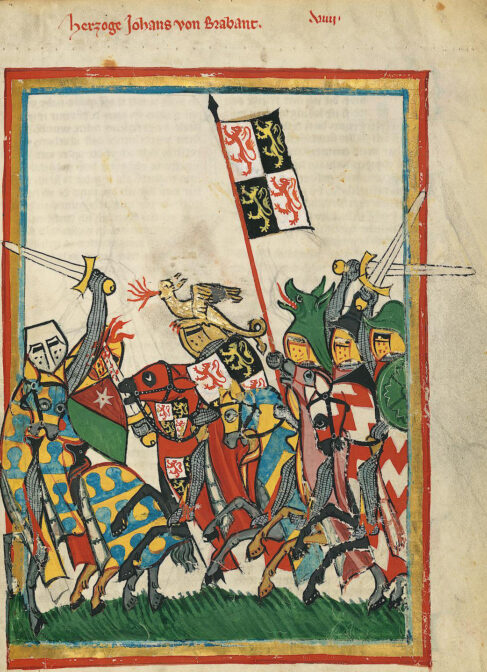 John I of Brabant during the battle of Woeringen3

John I Duke of Brabant frequently participated in tournaments, both on the continent and in England. He died while fighting in a tournament in Bar in 1294. His son John II succeeded him as Duke of Brabant.4

Margaret of Flanders, daughter of Guy of Dampierre

Margaret of Flanders in chronicles

As described in more detail in the article for John II of Brabant, several chronicles mention his second wife Margaret of Flanders as the daughter of Guy, duke of Flanders: 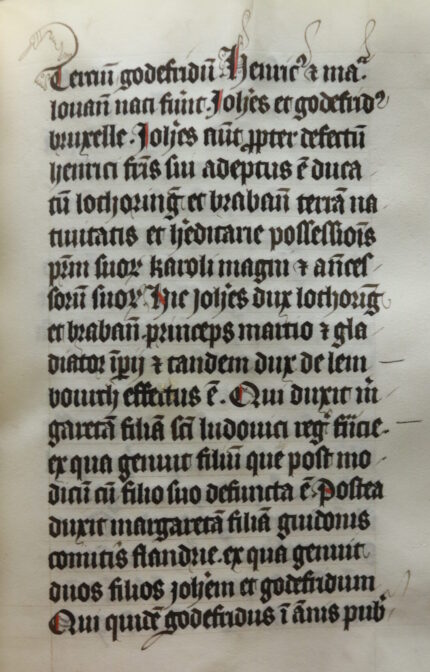 Margareta, wife of John of Brabant

On 29 June 1280, John I confirmed donations to the abbey at Oudergem, with consent of “coniugis et consortis nostre domine Margarete ducisse Brabantia” [wife and consort our lady Margaret duchess of Brabant].10

The original does not survive, but a copy was entered into the cartulary of Brabant, now kept at the National Archives of Belgium in Brussels. While the record does not list her origins or parentage, it confirms John I of Brabant’s spouse in 1280 was named Margaret.

John II of Brabant, nephew of John of Namur and Guy and Robert of Flanders

In November 1290, “Guido comes Flandrie et marchio Namurcen:” [Guy, count of Flanders and marquis of Namur] made a marriage contract for John, named of Namur, our son, to marry Blanche, sister of Philip, king of France.15 This confirms John of Namur was the son of Guy of Flanders. 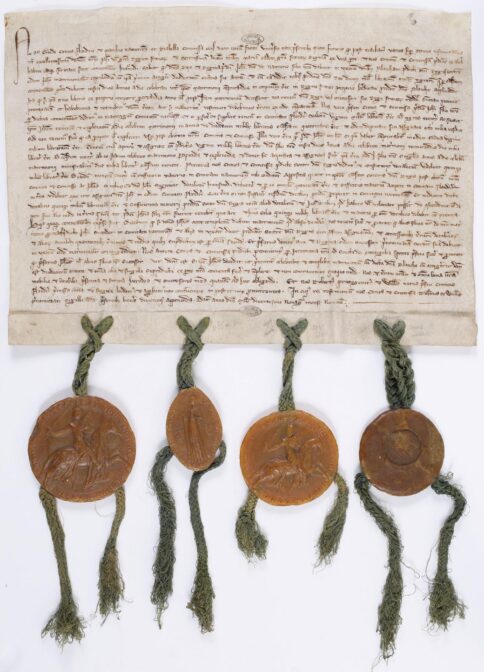 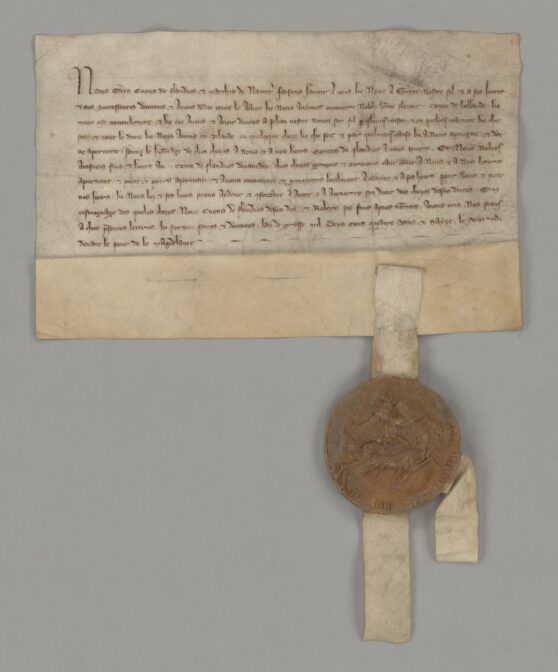 All these charters are consistent with the information from the chronicles that John II was the son of Margaret, daughter of Guy, count of Flanders.

Margaret, wife of the Duke of Brabant, daughter of Guy of Flanders

The Annales Blandiniensis, the annals of the St. Peter Abbey in Ghent, contain an entry for 1284:

[In the year of our lord 1284. M countess of Brabant, daughter of Guy count of Flanders, died and was buried in Brussels, leaving four children, of whom the oldest born took as his wife the daughter of the king of England.]

Guy of Dampierre, count of Flanders

Several documents show that Guy, count of Flanders was also known as Guy of Dampierre.

In July 1246, Louis, King of France, and the papal legate passed judgement in the dispute between William, Guy, and John of Dampierre with their brothers John and Baldwin of Avesnes. John of Avesnes would succeed their mother as count of Hainaut, and William of Dampierre would succeed her as count of Flanders.20 William died in 1251, leaving Guy to succeed their mother.21 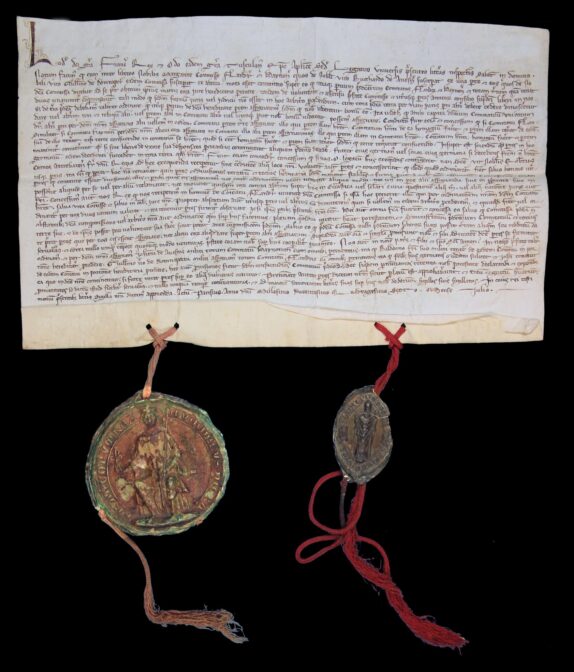 A combination of evidence proves that Margaret, the wife of John I Duke of Brabant, was the daughter of Guy of Flanders.

This is confirmed by charters that mention John of Namur, Robert of Flanders, and Guy of Flanders as uncles of Margaret’s son John II duke of Brabant. Other charters mention these men as sons of Guy, count of Flanders. This count was called Guy of Dampierre.

The combination of this evidence proves that Margaret, the wife of John I duke of Brabant was the daughter of Guy of Dampierre.