Because Dutch children were often named after their grandparents, it is not unusual to find several first cousins with the same name, all named after the same grandparent. Often, these same-named cousins will be of a similar age, which can make it easy to confuse the two (or three, or even more!).

When you are trying to identify someone, always try to find a document that list the person with his spouse and parents, for example in a marriage record or death record. That will tell you which cousin you are dealing with. Baptismal witnesses can also help sort same-named people, as they were usually closely related to the parents. 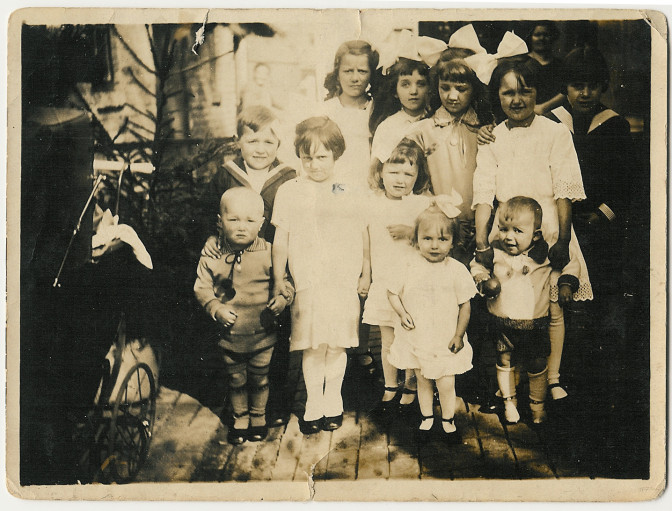 Group of cousins, all grandchildren of Cornelis Trouw and Maria Gommeren. Two of the boys are named Cornelis and three of the girls are named Maria.