A Weeshuis (literally: orphan’s house) is an orphanage.

Only larger cities had a special orphanage. In smaller cities, orphans were often found families to live with, who would receive a fee for their upkeep.

Archives of weeshuizen often include the records of the orphans they took care of. This could tell you when they were admitted, what education they received (often a trade like shoe making for boys and seamstress for girls), and when they were discharged. In the case of abandoned children, the orphan’s admission papers may include details of the place where they were found, sometimes including a swatch of fabric of their clothes.

Do not confuse the word weeshuis (orphanage) with weeskamer (orphan chamber). The weeskamer oversaw the administration of the assets of minors who had lost one of both parents, but did not raise the children. 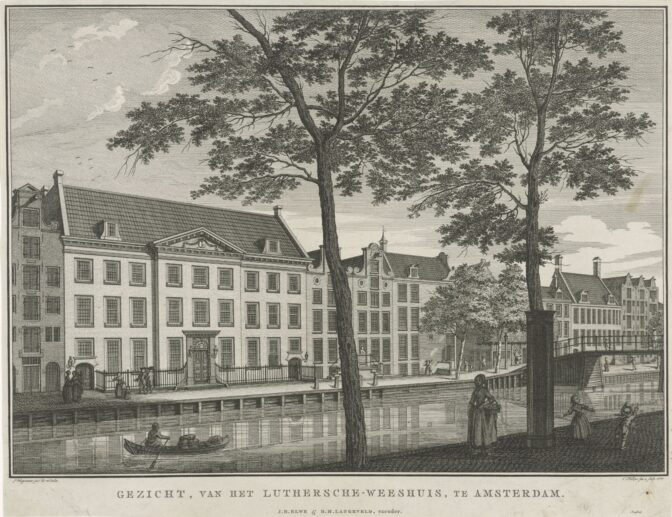