Finding your ancestor’s occupation is a great way to learn more about his life and can be a gateway to finding more records. Here are six different ways you can find out what your Dutch ancestors did for a living. 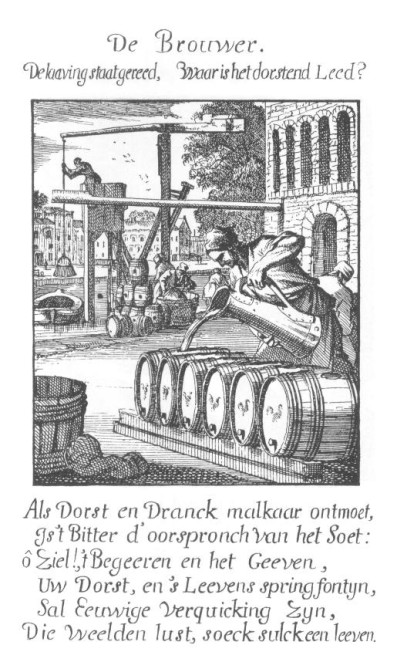 Population registers do not only record who lived where during a certain period, they also include the occupation of each person in the household. In most towns, these records start in 1850, sometimes earlier.

Since 1921, the Kamer van Koophandel (Chamber of Commerce) records all businesses. If your ancestor owned a business after 1921, there should be a file at the provincial or regional archives for that business. At a minimum, you should be able to find out who the owners were and what type of business it was. If it was a large business, you may even find the annual accounts.

Before 1811, church records of baptisms, marriages and burials are the main sources of vital information. If you are lucky, they will include the occupation. The most common church record to list an occupation is a marriage record.

Before 1795, most occupations were regulated and you had to join a guild first. Guild records can be wonderful sources of information about occupation. It can show whether your ancestor was in the guild, whether he had a special position within the guild, where he did his apprenticeship, whether he violated the regulations, et cetera. Guild records can usually be found in the municipal or regional archives.

If your ancestor was involved in trade, you may be able to find work contracts, debts, or powers of attorney. Before 1811, not all places had notaries, so you may find them in the court records. After 1811, notaries recorded these types of transactions. Civil court records may contain information about business disputes or unpaid debts.

Especially before 1800, there were many different taxes that can tell you about your ancestor’s occupation. For example, land taxes can tell you if your ancestor owned farm land, which could indicate that he was a farmer. Hearth tax records could tell you whether he owned a baking oven (for bakers) or a malting installation (for brewers). They could also have to pay wine tax (vintners), mill tax (millers), or pay tax for a patent to run their business (many store owners).

Filed Under: Blog Tagged With: occupation