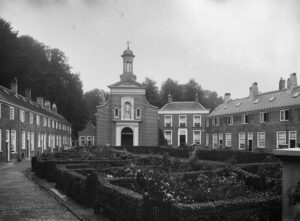 A begijn is a beguine. Beguines were single women who lived in communities together. The beguine movement started in the 1100s and spread across Western Europe. Initially, beguines lived in houses together, but over time, they often lived in individual houses around a courtyard. Beguines were deeply religious women who often dedicated their lives to serving the community, like taking care of the ill or elderly. Unlike nuns, they did not have to renounce their personal possessions, but the … END_OF_DOCUMENT_TOKEN_TO_BE_REPLACED 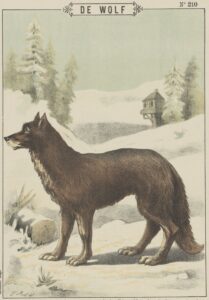 A wolvenjager was a wolf hunter. Some towns offered a bounty for killed wolves, or employed a wolvenjager to kill wolves that were attacking lifestock. This was so successful that wolves were extinct in the Netherlands for more than a century. In recent years, they have found their way back to the Netherlands and several packs are now living in the country again. … END_OF_DOCUMENT_TOKEN_TO_BE_REPLACED 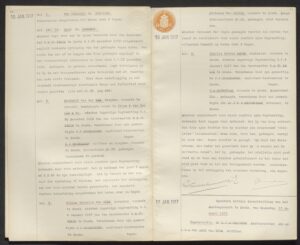 An audiëntieblad (literally: audience sheet or audience paper) are the transcripts of court sessions, created by court clerks. Audiëntiebladen record the cases that were heard on a day, including continuances. Some include the verdicts, but sometimes the verdicts are kept in a different series. You can find audiëntiebladen in the series of court records of the local and district courts. Court records older than 75 years are typically kept at the regional historical centers in the provincial … END_OF_DOCUMENT_TOKEN_TO_BE_REPLACED 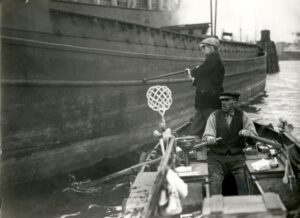 A parlevinker is a trader who sells his wares, usually groceries, by boat. They can often be found in harbors. … END_OF_DOCUMENT_TOKEN_TO_BE_REPLACED 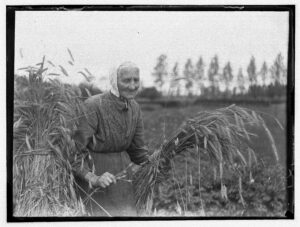 A boerin is a female farmer. Women worked alongside the men on a farm. They were often responsible for the work in and around the farm, taking care of the animals and food preparation, while the men mostly worked the fields. But in August, everyone would work together to get the harvest in. … END_OF_DOCUMENT_TOKEN_TO_BE_REPLACED 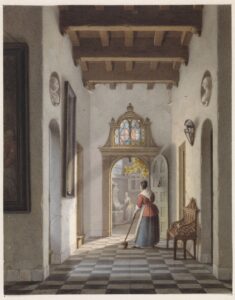 A gang is a hallway. You may encounter the term in estate inventories, that tally the items per room in the house. … END_OF_DOCUMENT_TOKEN_TO_BE_REPLACED 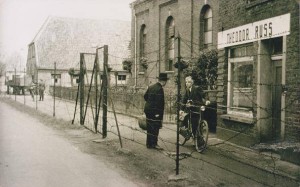 A grens is a border. Municipal borders determined where a couple would register the birth of their child, where they were taxed, where they would apply for a permit. Judicial borders determined which court prosecuted a ciminal, granted a divorce, or appointed a guardian. Borders affected our ancestors' lives. My ancestor Arend Kastein moved across the street and tried to apply for a job as a policeman. But since that street happened to be the Dutch-German border, he needed to be … END_OF_DOCUMENT_TOKEN_TO_BE_REPLACED 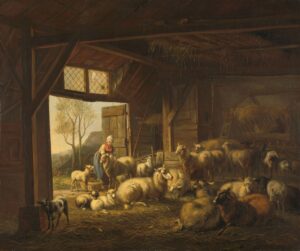 Levende have means livestock. You may come across the term as a heading in inventories of estates in notarial records or voluntary legal records. Just because someone owned livestock does not mean that they made their living by farming. Many people owned a goat or cow for their milk. They may have sold the surplus, but would have other means of income. … END_OF_DOCUMENT_TOKEN_TO_BE_REPLACED 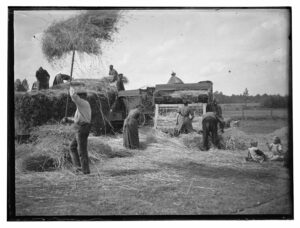 Dorsen means to thresh. The person doing the threshing is the dorser. You will not often find that as an occupation as it was just one of many jobs farms or their laborers did. … END_OF_DOCUMENT_TOKEN_TO_BE_REPLACED 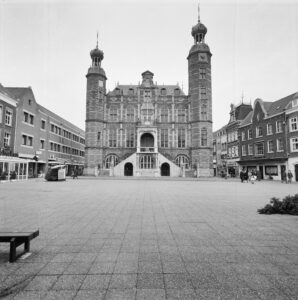 The stadhuis (literally: city house) is the town hall. Town hall is where people would register births and deaths for the civil registration, and where civil marriages would take place. It was often the place where the aldermen's court convened, and where the town clerks kept their registers. … END_OF_DOCUMENT_TOKEN_TO_BE_REPLACED