A loteling was a conscripted soldier, whose number came up. This 19th century term literally means “lottery person,” which refers to the lot numbers that were assigned to all eligible young men. The ones with the lowers numbers had to serve.

Until 1896, you were allowed to switch numbers, and the person who had to serve in another’s place would be called a nummerwisselaar. 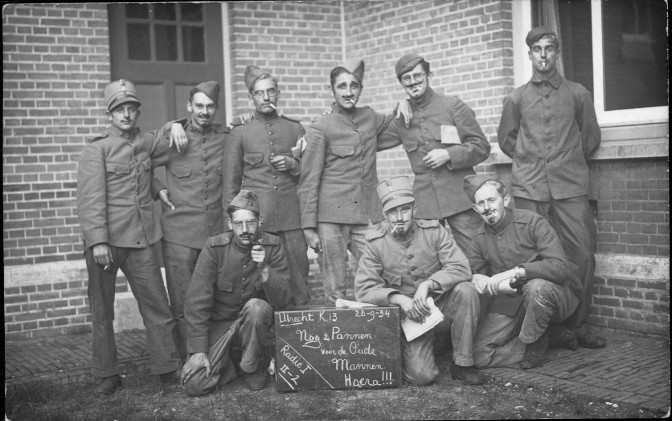 Conscripted men having some fun, 1934. Credits: Photo in the private collection of the author.