Lecture – From the Achterhoek to America

Last week, I gave a lecture about emigration from the Achterhoek to America in the 19th century. I was invited by the historical society of Aalten, Dinxperlo and Wisch, of which I am a member. The interest was overwhelming, they kept having to find more chairs to seat everyone. The Achterhoek is the eastern part of the province of Gelderland. Between 1840 and 1920, over 6,000 people from this region emigrated to the United States, mostly from the towns of Aalten, Dinxperlo, Varsseveld and … END_OF_DOCUMENT_TOKEN_TO_BE_REPLACED 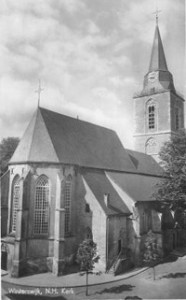 Are your ancestors originally from the eastern part of Gelderland known as the Achterhoek? The website Genealogiedomein has hundreds of (free) transcriptions in PDF-format. Most of the transcribed records are church records (baptisms, marriages and burials) from before 1811, but there is also a growing number of indexes of civil registration records (birth, marriages and deaths) after 1811. Just click the name of the municipality in the list on the left and then select the category. Some handy … END_OF_DOCUMENT_TOKEN_TO_BE_REPLACED