Quick Tip – Use “Netherlands” rather than Holland or NL

When recording Dutch place names in your genealogy program, use “Netherlands” rather than “Holland” or “NL.”

“Holland” is not the name of the country, but of a former province, now split into North-Holland and South-Holland. Some programs in the past tried to resolve Holland and ended up changing it to “Reusel-De Mierden, Noord-Brabant, Netherlands” since there is a street called Holland in that tiny village. It led to millions of corrupt trees.

“NL” is sometimes used as an abbreviation for the Netherlands, but also for Newfoundland and Labrador in Canada. Some genealogy programs change “NL” to the Canadian option.

To avoid these problems, use “Netherlands,” so it is clear which country you mean. 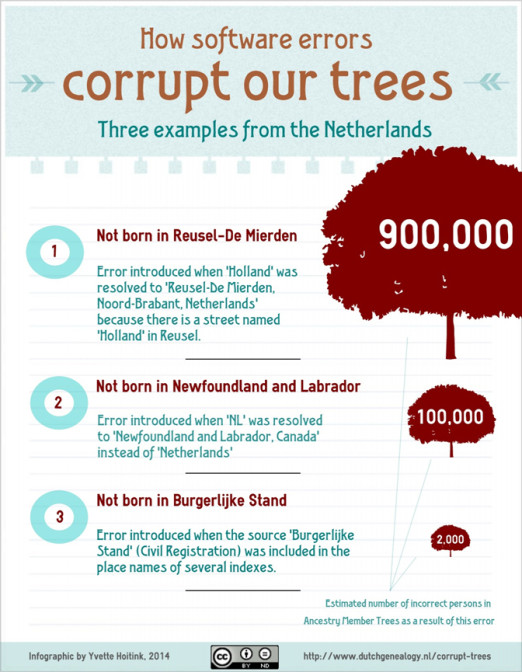