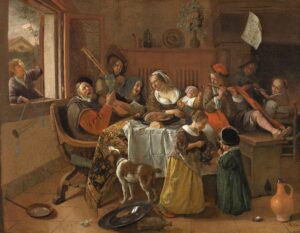 A speelkind [literally: play child] is a child born out of wedlock to unwed parents; not the result of adultery. Under Roman-Dutch law, a speelkind would inherit from his mother's family just like a legitimate child, but would not inherit from the father's side of the family unless explicitely named in a will. A child born from adultery, however, would inherit from neither family, not even when mentioned in a will. Speelkinderen could be legitimized by a subsequent marriage of their … END_OF_DOCUMENT_TOKEN_TO_BE_REPLACED

The legal status of women in the Netherlands in 1664 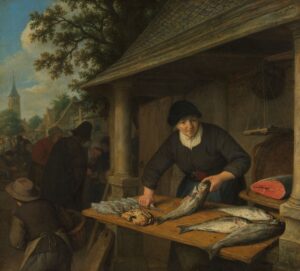 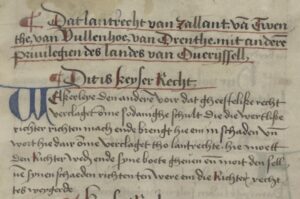 Landrecht is the law of the land. Before the introduction of the civil code in the Netherlands in 1809, each province, region, or domain had their own laws. Understanding the local laws and customs can help you interpret records and understand your family history. … END_OF_DOCUMENT_TOKEN_TO_BE_REPLACED 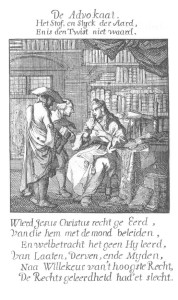 "Naarderschap" is a term you may find in court records in the southern provinces of the Netherlands if somebody claims the right of first purchase because of kinship to the seller. They could purchase the property by matching the price that other buyers were willing to pay. See also Naastingsrecht. … END_OF_DOCUMENT_TOKEN_TO_BE_REPLACED 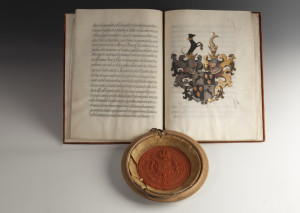 Many Dutch websites with genealogical records allow you to download scans. But it is not always obvious what you are allowed to do with these scans. You may want to upload them to your online tree, use them in a blog post, or include them in a book you're writing. With most public records published on websites of archives, you will be able to do that free of charge and without the need to ask for permission. The Dutch Wet Hergebruik van Overheidsinformatie [Reuse of Government Information … END_OF_DOCUMENT_TOKEN_TO_BE_REPLACED 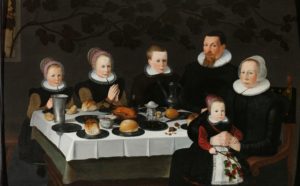 An erfgenaam is an heir. Most people in the Netherlands did not have wills, in which case you need to understand the local laws to know who the heirs would be. Most regions did not allow a person to disinherit the children completely, they would always receive their legitimate portion. Understanding the inheritance laws can help you figure out genealogical relations. Finding someone as an heir usually implies there is a family relationship. … END_OF_DOCUMENT_TOKEN_TO_BE_REPLACED 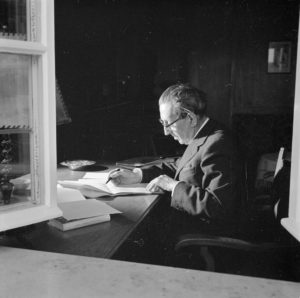 Auteursrecht (literally: author law) is the Dutch term for copyright. Here are some things that you need to know about copyright in the Netherlands: Copyright expires seventy years after the death of the creator, after which time the work becomes part of the public domain. Copyright requires originality. There is no copyright on a truthful reproduction of a record in the public domain. The provider of the scan can set limits on reuse in the terms of use of the website, but this is … END_OF_DOCUMENT_TOKEN_TO_BE_REPLACED

The legitieme portie (legitimate portion) is the part of the inheritance that children are legally entitled to. Under Dutch law, at least since the 1800s, children cannot be disowned by their parents completely, even if the parent makes up a will. Their legitimate portion is half of what they would have inherited if there was no will. This is different than in Anglo-Saxon law, where the testator is free to divide their estate as they see fit, including disowning their children. For … END_OF_DOCUMENT_TOKEN_TO_BE_REPLACED 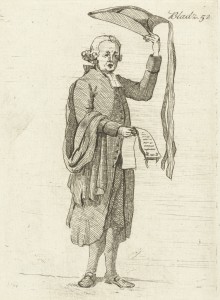 Naastingsrecht was the right to have the first option of buying a property. Whenever a property was sold, a person who had naastingsrecht could match the purchase price and buy the property for himself, cancelling the original sale. Different parts of the Netherlands had different variations of this right. In most regions, next of kin had naastingsrecht. For instance, a younger brother could prevent his older brother from selling the family farm to a stranger by buying it himself. … END_OF_DOCUMENT_TOKEN_TO_BE_REPLACED 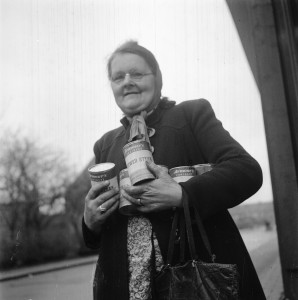 Most countries have copyright laws to protect the creative work of authors and artists. Under copyright law, a fact cannot be copyrighted since it doesn't meet the requirement of creativity. In many countries that means that the names, dates and places in a genealogical database are not protected by copyright and may be copied without asking permission. But in the Netherlands, in addition to copyright laws we have database laws that may protect family trees. Many European countries have these … END_OF_DOCUMENT_TOKEN_TO_BE_REPLACED