In the Netherlands, there has never been a tradition of writing biographical obituaries like you see in countries like the United States. Instead, "familieberichten" [family announcements] simply announce the death of a person. In the 19th century, only more affluent people had a familiebericht placed in the paper. It was usually very short and only signed by the closest relative, typically the spouse or eldest son. In the 20th century, the announcements became a bit more informative and … END_OF_DOCUMENT_TOKEN_TO_BE_REPLACED

Love speed skating? Your ancestors did too! 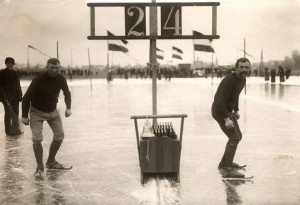 If there is one sport that the Dutch dominate, it is speed skating. It is the only Olympic sport where the orange team can win all three medals. Our love for speed skating is not surprising if you understand the history of the Dutch landscape. Because large parts of the country are below sea level, the landscape is crisscrossed by little canals to drain the boggy land. Since many roads were inaccessible for large parts of the year, these canals were also the main transport routes. Barges … END_OF_DOCUMENT_TOKEN_TO_BE_REPLACED 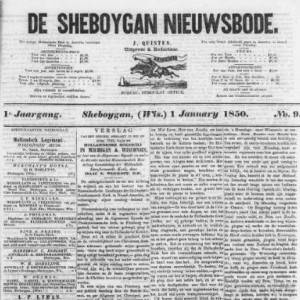