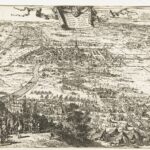 A beleg is a siege. During the Eighty Years' War (1568-1648), many cities were besieged by either Dutch or Spanish troops. In several cases, whole cities were burned to the ground, an in some cases the population was massacred. Read Five Ways the Eighty Years War Affected Your Ancestors for more information. … END_OF_DOCUMENT_TOKEN_TO_BE_REPLACED 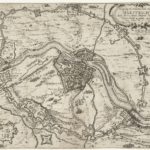 The Dutch war of Independence, commonly known as the Eighty Years' War or the Revolt, took place from 1568 to 1648. By the mid 1500s, the provinces that would form the Netherlands were part of the Habsburg empire, ruled by king Philip II of Spain. He was a staunch Catholic, while in many places in the Netherlands  the Reformation had taken root. … END_OF_DOCUMENT_TOKEN_TO_BE_REPLACED