Question: How to find my immigrant ancestor in the Netherlands?

So you’re researching your family, and found out that your ancestor is from the Netherlands. How do you go about finding that person in Dutch records? It’s often not that hard to find somebody with a similar name, but how do you go about proving that the person in Dutch records is the same as your immigrant ancestor and not a random namesake? Here are my top tips for you. The examples assume it is a 19th male century immigrant to the US, but the methodology works just as well for other eras and destinations or for females.

Phase 1: find out as much as you can in the country where he settled

The goal of this phase is to find enough information about your ancestor to be able to identify him in passenger lists or records in the Netherlands. This information includes:

Find all records you can about your immigrant ancestor

Some must-have records include:

Study his family, associates and neighbors 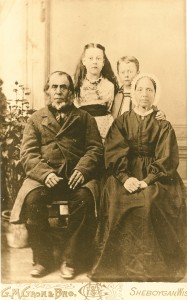 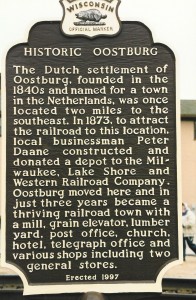 Often, emigrants lived together in settlements of the same ethnicity. Try to find out where most immigrants came from in the area where your immigrant ancestor first settled.

Phase 2: Find out when and where he immigrated

Phase 1 will already have given you an idea of when your ancestor immigrated, even if it’s just a “before xxxx” date. The goal of this phase is to find out where and when he immigrated, as this can be used later to guess the place of origin and to rule out candidates.

Try to find your person of interest in passenger records. Beware that passenger records often recorded the names in the original spelling, so make sure to use different types of search methods (wildcards, soundex) to look for these. See the article about English versions of Dutch last names and English versions of Dutch first names for more information about common name changes.

When you find a passenger record that matches the information you found in step 1, check the following information: 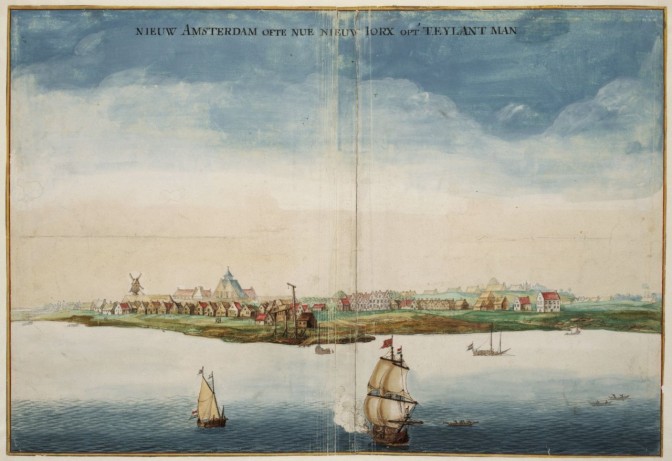 Phase 3: Find candidates for your ancestor in Dutch records

If, and only if, the previous two phases have given you enough information about your ancestor to be able to identify him from all the other possible namesakes that you may come across, it’s time to try and find your ancestor in Dutch records. If you don’t have enough information, go back to phase 1 or 2 and find more records or find out more about family, neighbors and associates. If you don’t you may be barking up the wrong family tree as there are many dogs named Spot!

Keep in mind that what may seem like an unusual name to you (Gerrit, Tjeerd), may be a very common name in some regions of the Netherlands. Plus, Dutch people naming their children after relatives means there are often several cousins who went by the same name. You need to know exactly who your immigrant ancestor was, and what identifies him from all the other people in the world who were alive at that time.

Map showing the distribution of the name Risseeuw in 2007. Source: Family names database

Find the place of origin

Knowing the place of origin is very helpful since many records are organized per geographical area. Phase 1 and 2 may have already given you a specific place of origin, or a hint about the province he may have come from.If you do not know the province or town of origin yet, there are some other options to make an educated guess:

Search in online indexes in the Netherlands

In the Netherlands, there are many online resources for genealogy, most of them free. Only some are available in English. To use Dutch websites, check out the Search Forms article for some translations of Dutch terms commonly found in search forms.

These last two options only apply if you have some idea of the place of origin.

If you’ve found a person in Dutch records during phase 3 that seems to match your immigrant ancestor, find out as much as you can about him. You’re basically looking for the same information as you were in records in the country of destination: 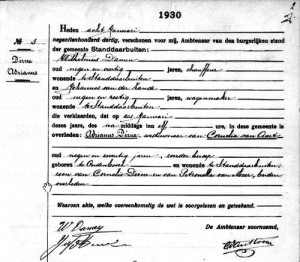 Find more records about your candidate

If you’ve successfully completed phases 1-4, you now have a well-documented immigrant ancestor and a Dutch person who you think may be the same person. Now it’s time to find out whether they are identical or just namesakes.